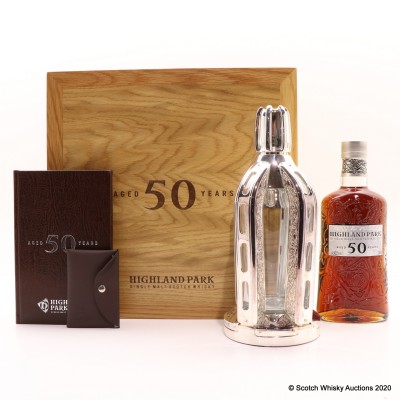 Drawn from two Ex-Sherry casks discovered in a dark corner of the Highland Park warehouse. This is the oldest expression released for 8 years and comes in an oak box designed by renowned Scottish craftsman John Galvin. The leather bound book describes the whisky's development and is paired with a crystal decanter and cork stopper.

Featured in The 106th Auction, ended February 2, 2020
Send to a friend or post on:
FacebookTwitter