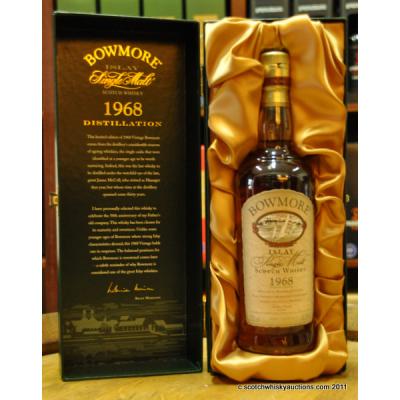 Distillation bottled by Morrison Bowmore Distillers at 45.5% to celebrate the 50th anniversary of the original Stanley P Morrison company. Personally selected by Brian Morrison. Bottle number 0484 from a limited edition of 1860 bottles.

This 32-year-old was the last whisky to be distilled under the watchful eye of the late, great James McColl, who retired as manager in 1968, but whose time at the distillery spanned some 30 years