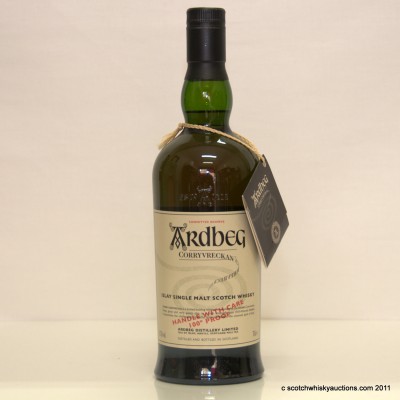 From the annual Committee Reserve release. 57.1% ABV. Not for the faint-hearted! A limited edition of 5000 bottles released in 2008 to distillery committee members. The name comes from the infamous Corrryvreckan whirlpool that runs between Jura and Scarba.