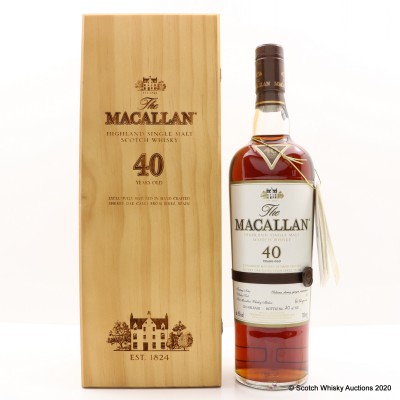 This luscious 40 year old from Macallan came about almost by accident. Whilst creating the 2006 release of their 30 year old expression, Master Whisky Maker Bob Dalgarno filled ten marrying casks with Macallan's wonderful sherry aged spirit. Nine of these ten casks became that years 30 year old, but it was decided that one would be kept aside for further maturation. 10 years later it was ready to become the distillery's second ever non vintage 40 year old.