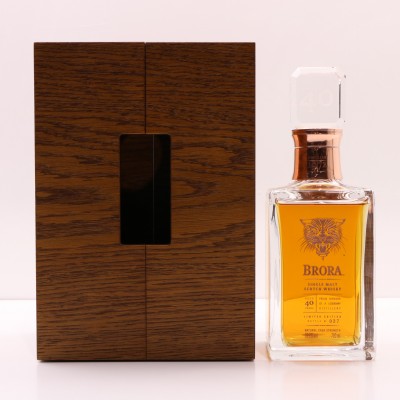 This monstrous whisky was, at the time of its release, the oldest Brora ever bottled. While it may no longer hold that title, it is considered to be one of the very finest examples of the distillery's heavily peated style, with Serge of whiskyfun.com awarding a huge score of 98 points!

Only 160 bottles of this precious liquid were released worldwide, making it one of the rarest expressions from the distillery.

Featured in The 117th Auction, ended March 7, 2021
Send to a friend or post on:
FacebookTwitter