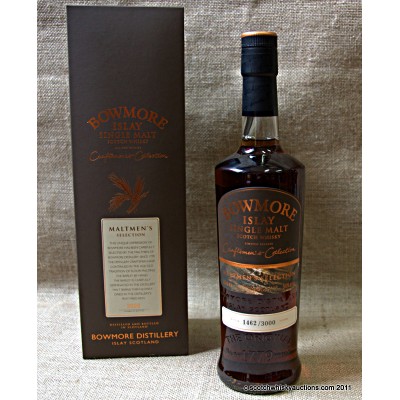 Bowmore's Maltmen hand selected five casks from the distillery vaults to produce this limited edition ‘Maltmen's Selection”.They picked five sherry butts originally filled on July 13, 1995. Cask numbers 1551, 1552, 1553, 1559 & 1560 were selected for their individual character and married together to produce this 13 year old single malt.Bottled straight from the casks at the natural cask strength of 54.6%.Each bottle has been individually numbered and signed.Only 3000 were made available