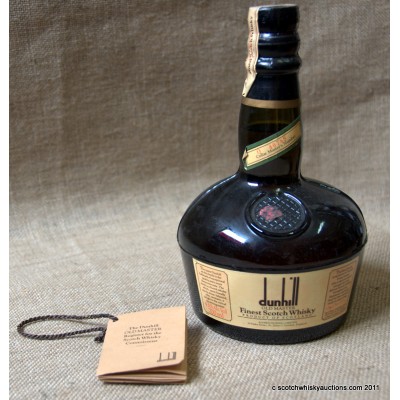 Bottled at 43%. Cellar Master's number 40789. Dunhill's scotch whisky has been around since 1982 and was the company's bid to extend their high-end reputation to Scotch. No age is given for the product since, at least when it first appeared, the range of ages of the component parts was considerable - from 8 years (the youngest grain) to over 20 years (the oldest malt). It is non-chill-filtered) and it is sold in an attractive replica of a Victorian green bottle designed in 1845.