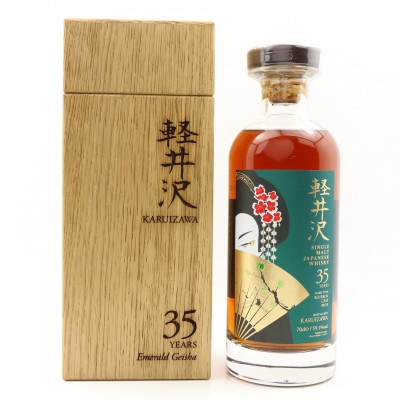 Bottled by Elixir Distillers exclusively for The Whisky Exchange, this is one of only two bottlings, it's counterpart being a single cask, 33 year old, Sherry aged single malt, suitably crowned the Golden Cask.

Please note wear to inside of wooden box.

Featured in The 118th Auction, ended April 4, 2021
Send to a friend or post on:
FacebookTwitter