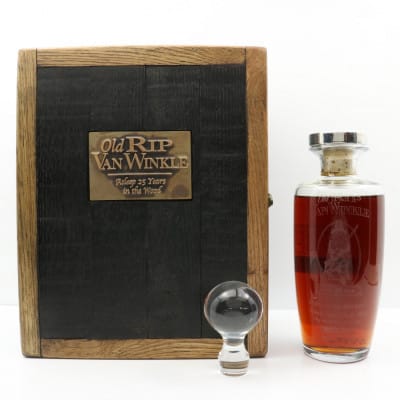 Julian P. " Pappy" Van Winkle Sr. truly was a wise man who kicked off a family of fine bourbon makers with his mantra to make the spirit "at a profit if we can, at a loss if we must, but always a fine bourbon". In 1893, he set out as a travelling salesman for W. L. Weller & Sons until eventually he and a friend saved up to purchase what would become known as the Stitzel-Weller Distillery. They quickly became known for their wheated bourbon production and Pappy remained involved in the business until his passing at 91 years old.

After taking over management and moving to a new base, his son, Julian Jr. resurrected a pre-Prohibition label called Old Rip Van Winkle using stocks from the old distillery. The brand was then passed down a further generation in 1981 and now Julian III and his son continue to run operations and production of the Van Winkle label at the Buffalo Trace Distillery.