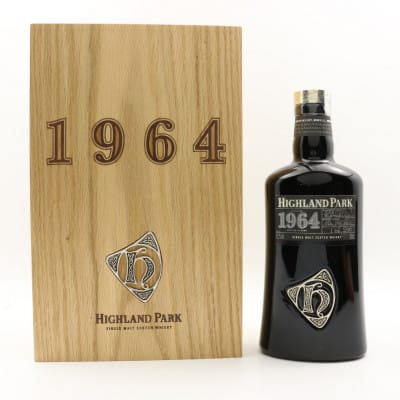 Since its introduction as a single malt in the late 1970's, the distillery has been awarded many plaudits, not least of which came from the late, great whisky writer Michael Jackson, who called it “the greatest all rounder in the world of whisky”. It's characteristic style coming from the use of Sherry casks, along with an often cited heathery sweetness imparted to the spirit by way of the distinct Orcadian peat used during the malting process.

This bottling is the oldest of the Orcadian Vintage Series from Highland Park. This special vintage is the culmination of two casks being vatted together, allowing for 290 bottles to be produced at cask strength.

Bottle Number: One of only 290 bottles released