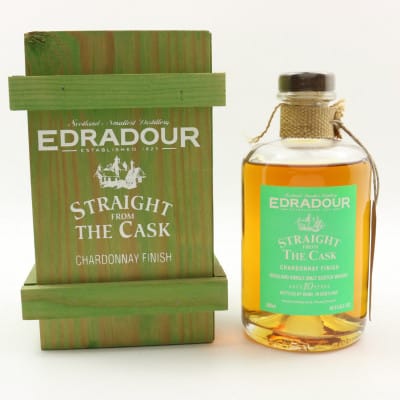 Bought by Andrew Symington, owner of independent bottler Signatory in 2002, Edradour has lead a colourful life. At one point Mafia boss Frank Costello was its US Sales Representative when it produced its King&#039;s Ransom blend. The distillery now releases both an unpeated Edradour and the peated Ballechin. Once marketed as the smallest distillery in Scotland and set by an idyllic burn in the rolling Highland hills, Edradour has expanded its warehouse capacity significantly - with Signatory&#039;s bottling taking place on site since 2007 - and has a new stillhouse and a fancy tasting room.

Bottle Number: One of only 448 bottles released