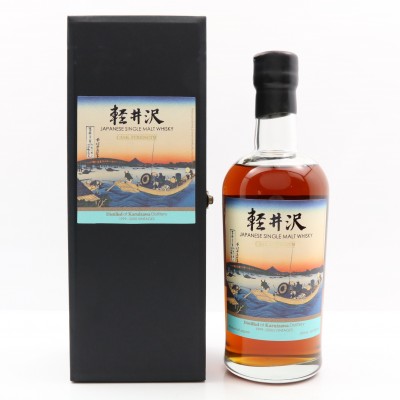 Fugaku Sanjurokkei (Thirty-six Views of Mount Fuji) is a series of landscape prints by the Japanese ukiyo-e artist Hokusai. Each depicts Mount Fuji from different locations in various weather conditions.

These Karuizawa releases, each exhibiting one of these striking prints, have been drawn from casks of 1999 and 2000 vintages and bottled at cask strength.

Please note of wear to label.

Featured in The 126th Auction, ended December 5, 2021
Send to a friend or post on:
FacebookTwitter