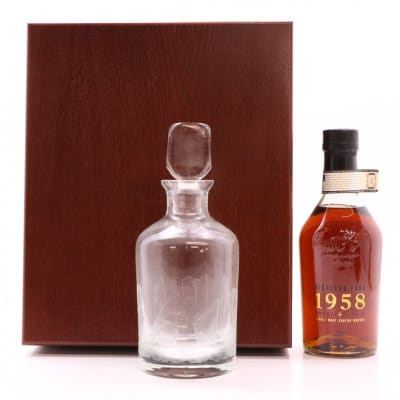 This 40 year old whisky was distilled in 1958 and is presented in this fantastic wooden box with its own Caithness Glass Decanter and a hardback book that celebrates whisky and Orkney.

Featured in The 131st Auction, ended May 8, 2022
Send to a friend or post on:
FacebookTwitter