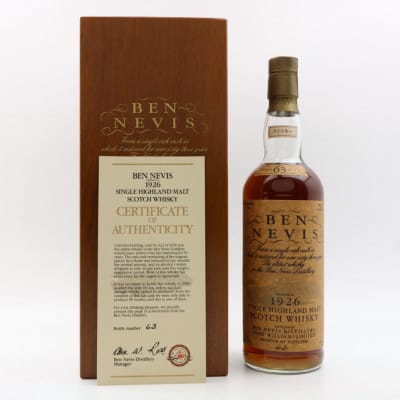 Bottled in 1989, a year before the law change that effected under-proof whiskies. From a cask put down in 1926, where it lay maturing for 63 years. At bottling only 14% of the original volume was still in the cask, nearly all taken in the Angel's share. Only 96 bottles were produced for release.