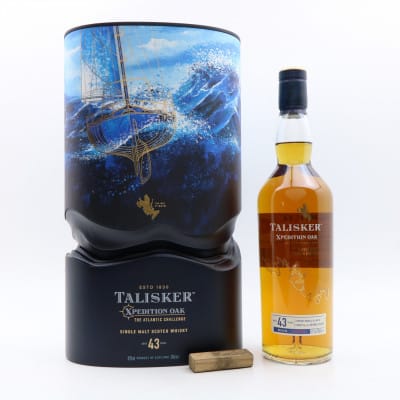 For this release, 100 staves travelled with renowned adventurist, James Aiken as he solo sailed the same route travelled by the rowers of the exhilarating Talisker Whisky Atlantic Challenge. These staves were essentially seasoned by the extreme elements of his 3264 mile Atlantic crossing, absorbing sun, wind, rain & sea spray to alter their character for use in the final finishing of the whisky.

Only 1830 bottles were produced, packaged in a unique display case featuring a digital and oil painting depiction of the Atlantic crossing, along with a booklet describing the process and small piece of one of the staves that made the crossing.