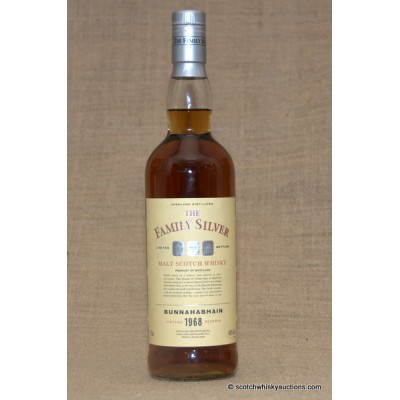 Every once in a while, and entirely at their discretion, the Board of Directors at Highland Distilleries authorise a special limited edition of a vintage malt whisky that, to the nose of the Master Distiller, has reached the peak of perfection. This bottle contains such an exclusive vintage -savour it as you would a Rare Heirloom that has been passed down to you - so says the blurb on the bottle. It's a 1968 Bunnahabhain bottled at 40% in The Family Silver range.