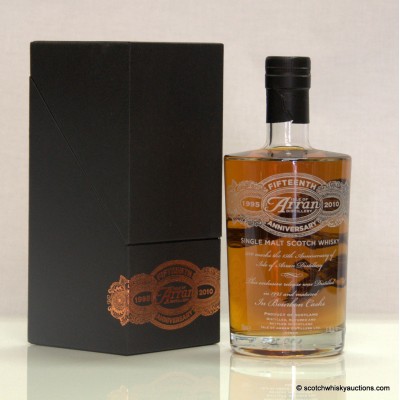 The 2011 Arran Distillery Open Day bottling is a Single Bourbon cask number 104 from 1995, distilled 4th October 1995 and bottled 18th April 2011. 200 bottles were produced and have been presented in a limited collector's wooden case to mark the distillery's second annual Open Day on 29th May 2011. This edition was for sale on the day and the remaining few were offered to web shop customers to allow those that could not make it on the day to purchase this little piece of Arran history.

This is now very scarce.