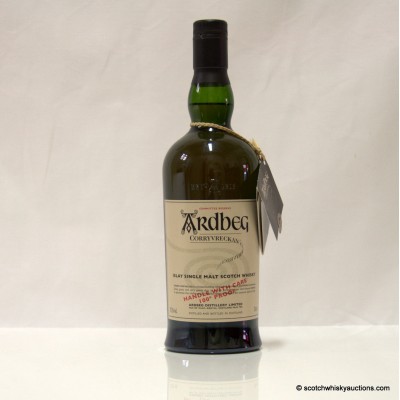 A limited edition of 5000 bottles released in 2008 to Ardbeg Committee Members.

The bottle takes its name from the famous Corryvreckan whirlpool (from the Gaelic Coirebhreacain meaning "cauldron of the speckled seas") which runs between the islands of Jura and Scarba. It is the 3rd largest whirlpool in the world.