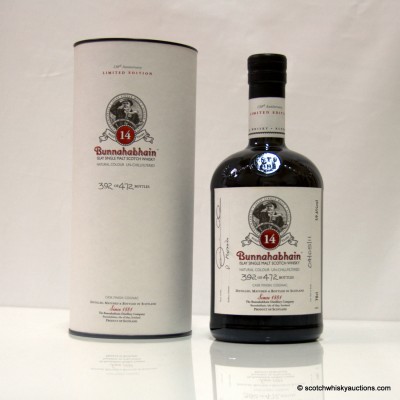 Bunnahabhain's first ever 'Cognac' Finish Single Malt Whisky.
A Limited Edition 14 Year Old Bunnahabhain Islay Single Malt Scotch Whisky.
For the first time the whisky has been finished in Cognac Casks. This special spirit has spent three years at the end of its maturation period in Cognac Cask Number One, bottled at natural strength and colour with no filtration.
This Limited Edition Bunnahabhain has been created to celebrate the distillery's 130th Anniversary, and each has been signed by the Master Distiller and by one of the distillery craftsmen who have played key roles in this cross-border endeavour.