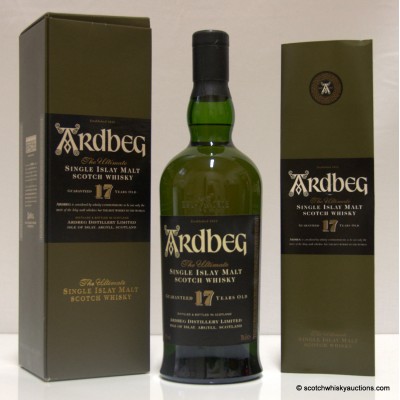 Considered to be among the finest of the old Ardbegs, this one is bottled at 40%. Increasingly rare and now discontinued.

A tad less peaty than early bottlings, the classic Ardbeg 17yo is a great whisky, but is sadly becoming very thin on the ground as demand increases and supply runs low - it's now a good few years since owners Glenmorangie discontinued it. The first bottling of this sparked the revival of Ardbeg's fortunes after the takeover by Glenmorangie.