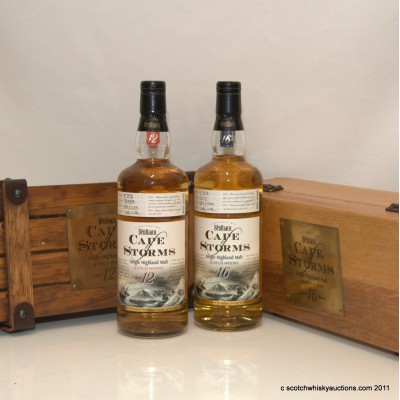 To be sold as one lot.Both bottles come in magnificent wooden casks, one carved from the staves of old BenRiach oak casks

Featured in The Ninth Auction, ended December 28, 2011
Send to a friend or post on:
FacebookTwitter