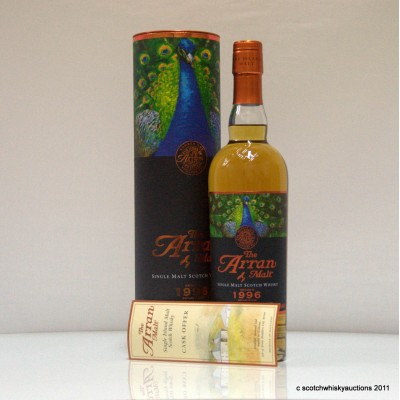 The Arran Peacock stunned many people when it was unveiled. A fantastic dram, and released in very limited numbers, it quickly sold out. It became the first in the Arran Icons series and was followed by The Rowan Tree and this year The Westie. All bottled at 46% in 70cl bottles.

Featured in: The Ninth Auction (Ended December 28, 2011)
Send to a friend or post on:
FacebookTwitter