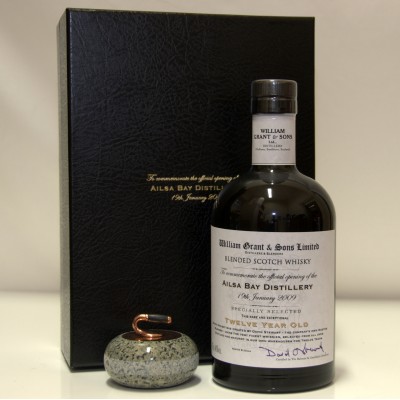 Ailsa Bay is a new distillery constructed by William Grant & Sons. Building started in 2007 and it took just nine months to build. The distillery is situated next to the Girvan grain distillery and quite close to the site of the original Ladyburn distillery, which was closed and dismantled in 1975. Designed for use in Wm Grant's blends. With mini curling stone paper weight, in presentation box