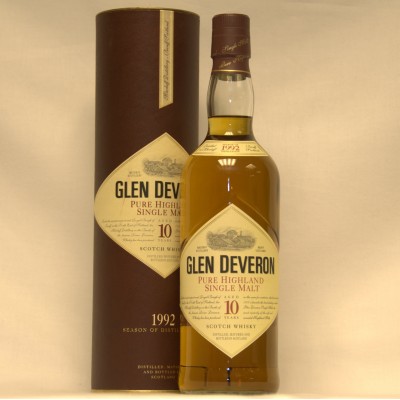 This 1992 vintage from the Macduff Distillery is 10 years old, 70cl and bottled at 40%. It is bottled under William Lawson Distillers Ltd label.

The whisky is named after the water source, the River Deveron, whereas the distillery is known as 'Macduff'. Independent bottlers often use the name Macduff.

The distillery was built to the east of Banff in 1963 and was expanded from 2 to 3 stills in 1966, with a fourth still then added in 1968. The distillery was acquired by William Lawson in 1972 and it is now owned by John Dewar and Sons.