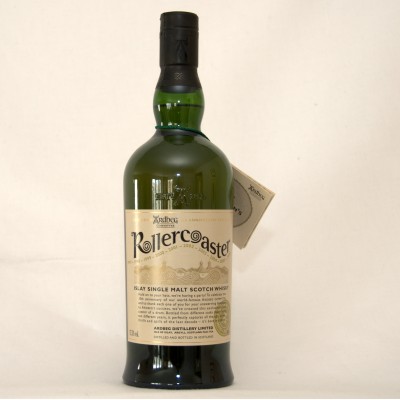 Named in honour of the 10CC hit Life Is A Rollercoaster! Actually, vatting of all the resurgent Ardbegs from 1997 to 2006. The 10th anniversary edition to celebrate the distillery's rebirth. Bottled at 57.3%

The 50,000 Ardbeg Committee Members were so keen to get their hands on the 15,000 bottles that heavy internet traffic took down the entire Ardbeg website.