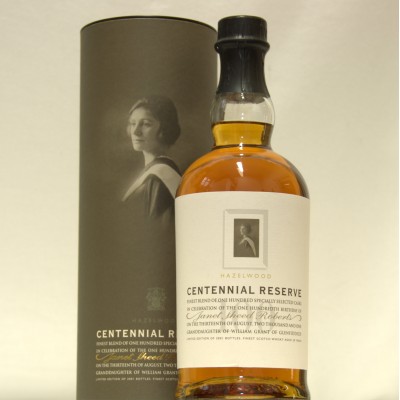 To mark her 90th birthday, the company's Master Blender selected 90 casks to make a blend to celebrate that occasion.

Ten years later a further 10 casks were chosen and added to the previous casks.

This Hazelwood Centennial Reserve was released as a limited edition of 2001 bottles. 70cl 40%