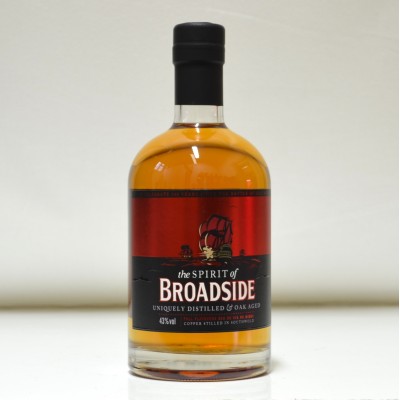 One of the most respected UK beer producers distilled a spirit straight from a beer that enjoys global success.

Spirit of Broadside was released in May 2012 to coincide with the 240th anniversary of the Battle of Sole Bay which marked the start of the third Anglo-Dutch war and which took place just off the coast of Southwold where Adnam’s is based.

Its release also comes some 40 years after the ale from which it is distilled, Broadside Beer, was first produced. The beer distillate is aged for 12 months in heavily charred Russian oak casks before being bottled.50cl and 43%

Featured in The 16th Auction, ended August 5, 2012
Send to a friend or post on:
FacebookTwitter