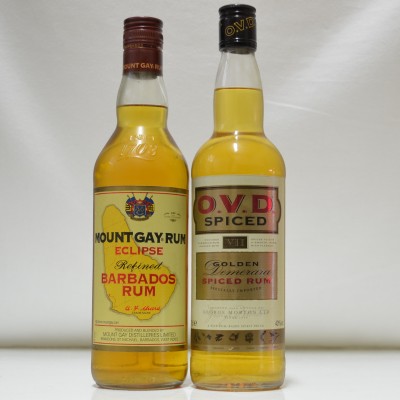 O.V.D. is a spiced rum from Guyana, flavoured with 7 different spices, including nutmeg, clove, cinnamon, allspice, ginger, tamarind and vanilla.70cl and 40%

Teamed with Mountgay Rum which It was created in Barbados in 1910 and it is believed that the name was selected to celebrate a total eclipse of the sun that occurred in that year. 70cl and 40%
Featured in: The 17th Auction (August 24 – September 2, 2012)
Send to a friend or post on:
FacebookTwitter