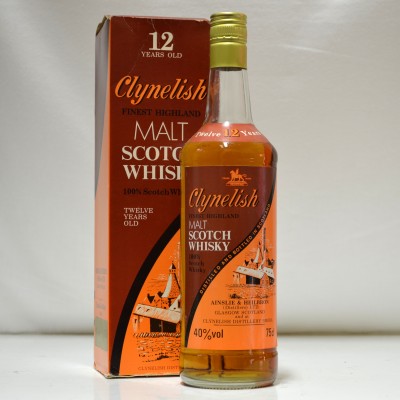 One of the classic old distillery bottlings of Clynelish 12 year old from Ainslie & Heilbron the 1970s (Ainslie later became part of United Distillers, and now it is part of Diageo). The whisky in these bottles has become legendary, and they have become one of the most in any whisky collectors cabinet.