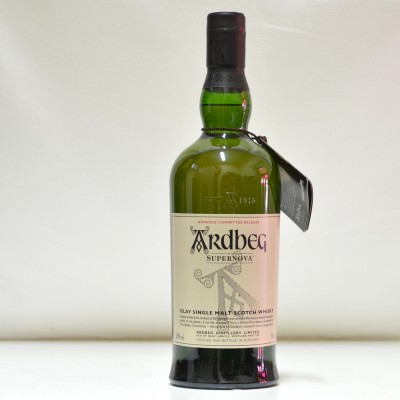 "Probably the peatiest whisky on the planet" when it was released with a peating level well in excess of 100ppm. This Ardbeg Supernova is the Advance Committee release. 70cl and bottled at 58.9%. This bottling sold out within HOURS of its release.