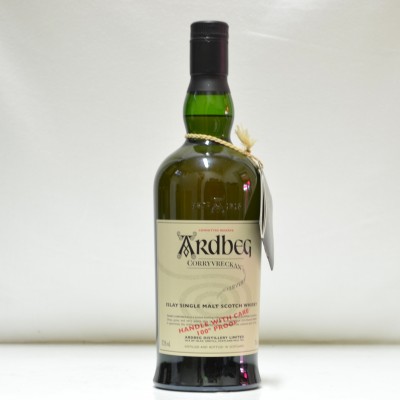 From the annual Committee Reserve release. 57.1% ABV. Not for the faint-hearted! A limited edition of 5000 bottles released in 2008 to distillery committee members. The name comes from the infamous Corrryvreckan whirlpool that runs between Jura and Scarba. Increasingly collected and getting rarer by the day.