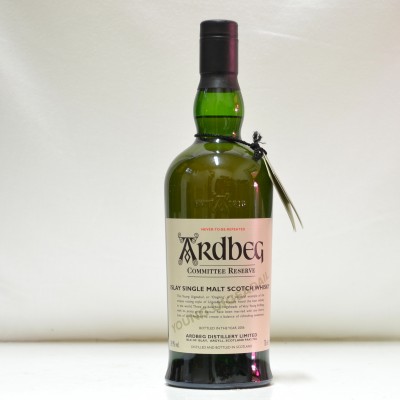 A very rare bottling from the Ardbeg Committee. A limited edition of 1,392 bottles released in 2006 exclusive to distillery Committee Members. A vatting of three bourbon hogsheads of Very Young Ardbeg married with one sherry butt of 2002 Ardbeg.70cl, 59.90%