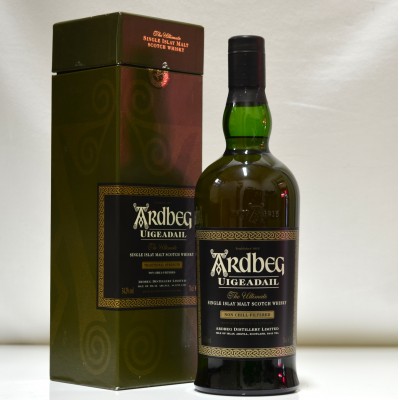 The first release after the committee bottling. Named ‘World Whisky of the Year’ in Jim Murray’s Whisky Bible 2009. Ardbeg Uigeadail takes its name from the mysterious loch which supplies the peat-laden water used to make Ardbeg. 70cl and 54.2%