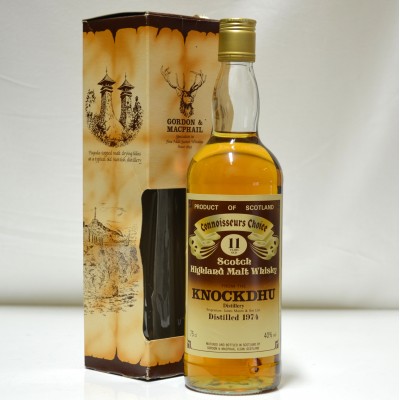 From Gordon and MacPhail's Connoisseurs Choice Old Brown Label from the mid-80s. Distilled 1974 and bottled at 75cl and 40%. Knockdhu was the distillery’s former name before switching to an Cnoc.