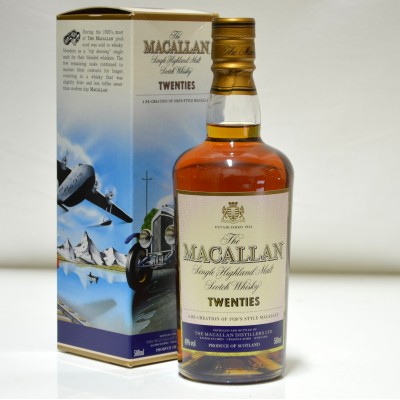 During the 1920's, most Macallan produced was sold to whisky blenders as a "top dressing" single malt for their blended whiskies. The few remaining casks continued to mature their contents for longer, resulting in a whisky that was slightly drier and less toffee sweet than modern day Macallan