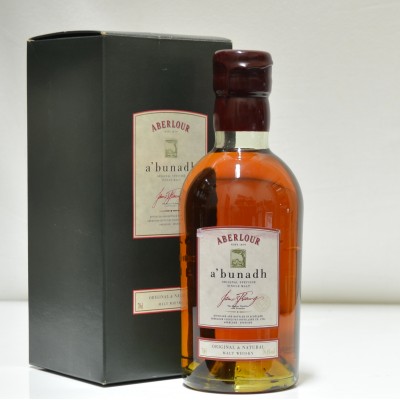 The original and natural. The one BEFORE batch numbers! Cask strength 59.6% and 70cl

A'bunadh is a cask-strength single malt whisky. Though it has no age statement, it is released in limited run batches, each batch carrying a unique number on its label. Each batch of this whisky is blended from barrels ranging from 5 to 25 years old.

Featured in The 22nd Auction, ended February 3, 2013
Send to a friend or post on:
FacebookTwitter