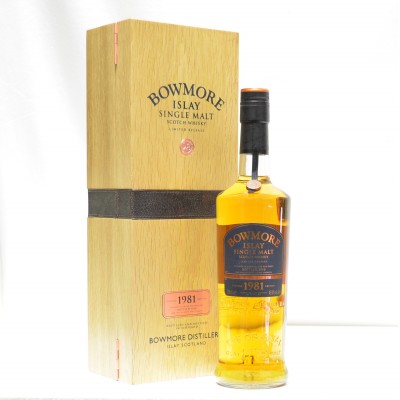 The first release of a new series of limited edition Bowmore 'The Vintage Series'. Released at the tail end of 2010 - just 402 bottles and presented In a magnificent wooden case with leather fastener and certificate of authenticity signed by distillery manager Eddie MacAffer.