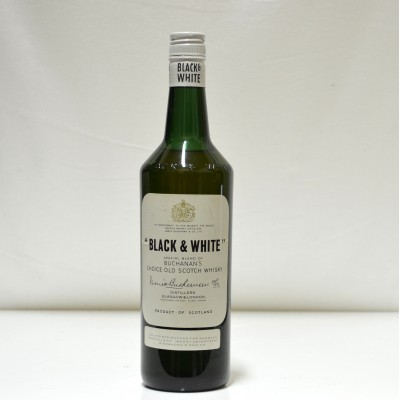 Black & White was first produced by the London-based whisky blender founded by James Buchanan. Originally known as House of Commons(it was the official whisky there) its nickname, referring to the black and white labelling, was eventually adopted as the official brand instead.