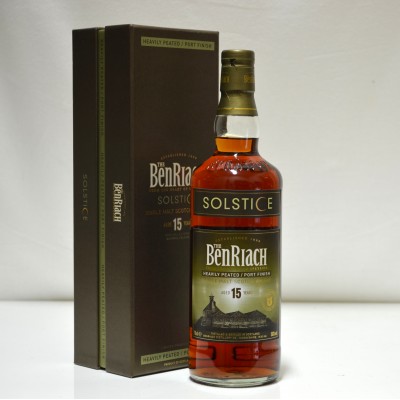 BenRiach ‘Solstice’ is distilled from heavily peated malted barley, the whisky has been matured in ex-bourbon barrels, before being finished in aged Tawny Port pipes, sourced from the Duoro region in the north of Portugal.

The overall maturation period, across both styles of wood is a minimum of 15 years.