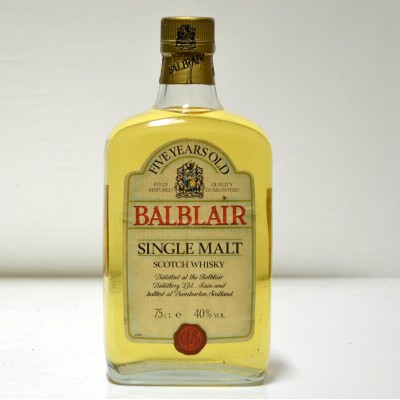 A major constituent of the Ballantine's blend, given recognition of its quality by Ballantine & son and bottled as a single malt. One of the earlier forays of Balblair into single malt territory. Long before it was bought by Inver House. 75cl and 40%