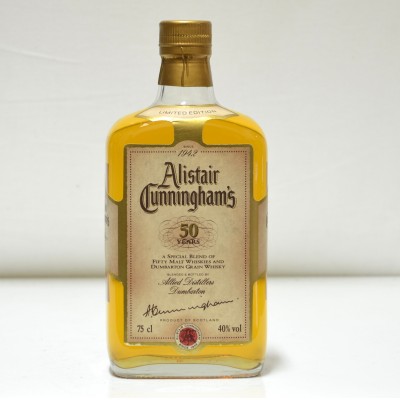 A special blend of 50 malt whiskies and Dumbarton Grain Whisky to commemorate Alistair Cunningham's career, spanning 50 years with the Hiram Walker Group and to record his outstanding contribution to the Scotch Whisky Industry. Known as Mr Ballantine's, he died in 2010. He worked at Hiram Walker from 1942 to 1992