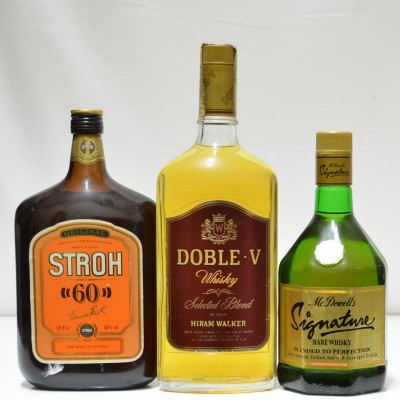 East meets west in McDowall's Signature, a mixture of Indian malts and rare aged Scotch. It comes with Doble V, produced by Hiram Walker for the Spanish market, and Stroh, from Austria, is made from genuine overseas rum (sugar cane distillate) and is turned into a "spiced rum" by adding a small number of components after a secret, traditional recipe held by the Stroh family.