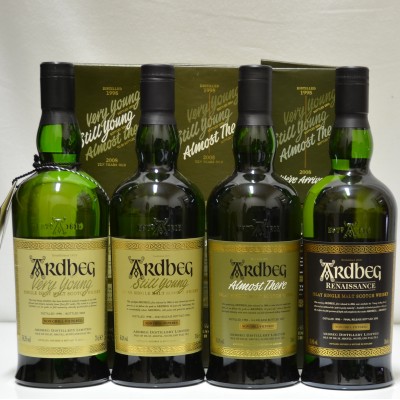 Very Young: The first part in the Young series from Glenmorangie-owned Ardbeg, tracking the development of Ardbeg whisky, aged for just a few years, all the way up to the standard Ardbeg at 10 years old. Extremely rare. 70cl and bottled at 58.30%.

Renaissance: The bottle proudly proclaims: "We've arrived." The rebirth of Ardbeg after the Glenmorangie takeover. 70 cl and 55.9%.