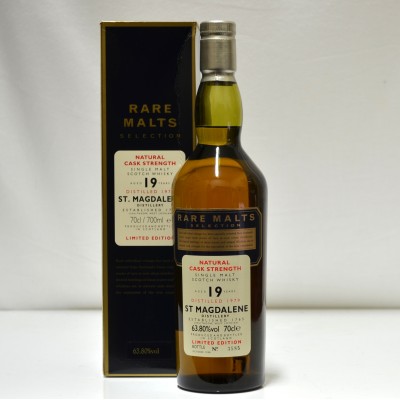 Winning bid: £280.00
Lot number: 0221063
The Rare Malts are a series of Diageo cask-strength releases, designed to show off some of the lesser known whiskies in its empire. Now discontinued, they are much sought after by collectors

The distillery, in Linlithgow, was closed in 1983 and is now a development of flats.