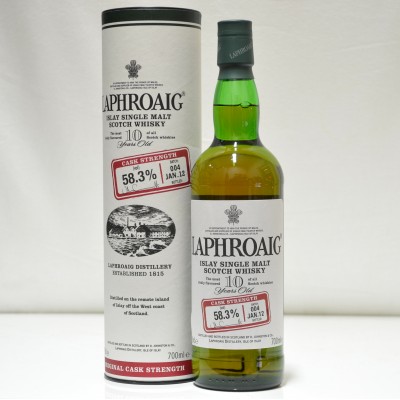 In his Christmas 2008 video blog, John Campbell (Laphroaig distillery manager) talked about a change in the Laphroaig 10 years Cask Strength offering, starting in 2009.

It’s been standard practice for Laphroaig to produce the 10 CS in two batches each year, but it’s been difficult to have each batch produced at the same strength

Starting with their first 2009 batch in February, they are distributing each batch as its own unique release, with the batch number on the label, and the strength varying per batch (between around 54% and 58%). The January 2012 release, batch 004, is at 58.3%%