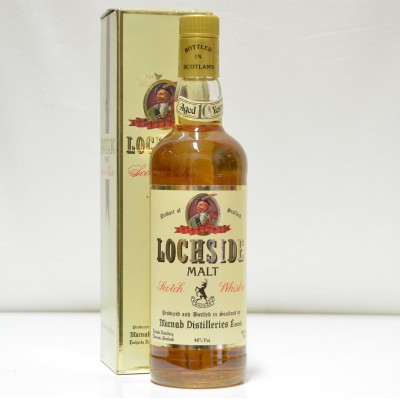 A bit of a historical relic - this 10yo Lochside was released in 1991 and remains the only official bottling from the distillery, which was closed the following year and demolished a short time later. 75cl at 40%.

Please note that the box is slightly battered.