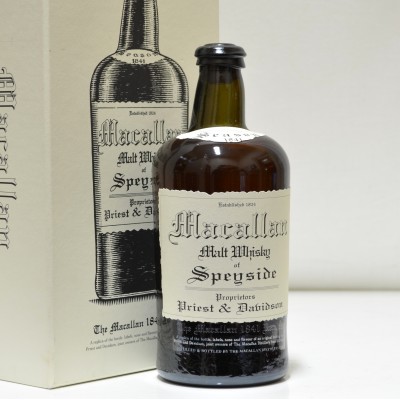 The 1841 was the third in a series of controversial replica bottlings of Macallan from the distillery. Whatever the provenance of the bottles that were replicated, the whisky is meant to be tremendous (the late great Michael Jackson gave this a 95 point score)..