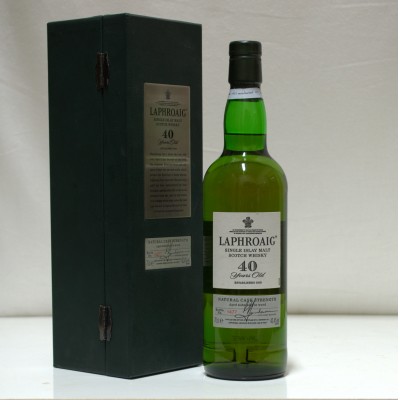 These casks were laid down for four decades in Warehouse Number One where bracing waves and salt spray batter the ancient walls. Warehouse No. 1, the oldest of its type at Laphroaig. The building has an ash floor, which, combined with its exposed position on the rocky shore, creates a cool, damp, temperate atmosphere.

70cl and bottled at 42.4% The oldest whisky ever produced by Laphroaig - and in very, very limited numbers. Bottle no 1477