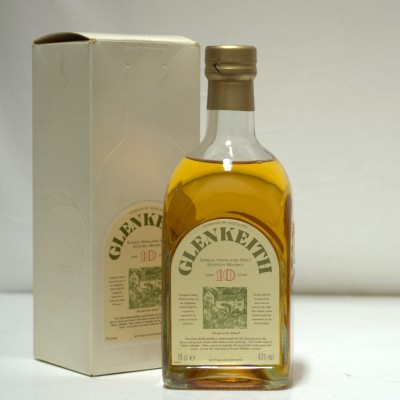 The first official bottling from Glen Keith, a 10 year old whisky originally released in the 1990s when the distillery was owned by dearly departed Seagrams.70cl and 43% Chivas has recently announced it will; be reopening the distillery.