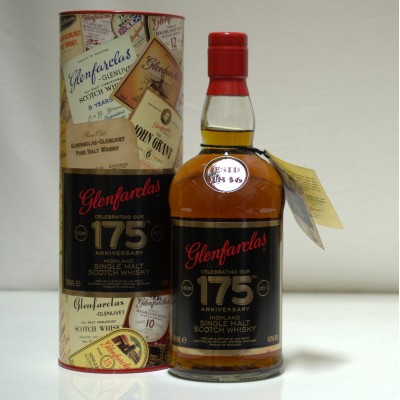 Glenfarclas Distillery was first licensed in 1836, and this limited edition bottling has been produced to celebrate the 175th Anniversary.

In addition to the oldest cask from 1952, Glenfarclas have included three casks from each of the following five decades to produce this exceptional bottling of Glenfarclas.

Amber heather honey in colour, with toffee and vanilla aromas which become more pronounced the longer the whisky rests in your glass.